What this date really means 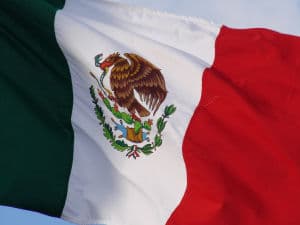 The battle of Puebla

In 1861, Emperor Napoleon III of France sent an army to Mexico ostensively to collect on debts owed to France. The army occupied Veracruz on the Gulf coast in December, 1861. Fairly soon, the actual intentions of the army became clear, as it marched towards Mexico City. The French commander, General Charles Ferdinand Latrille de Lorencez, arrogantly believed he could subdue all of Mexico with his 6000 troops.

The Mexican commander, General Ignacio Zaragoza Seguin, met Lorencez at Puebla, on the way to Mexico City. There Zaragoza, outnumbered almost 2 to 1, defeated Lorencez's well equipped army, driving him back to the coast. The battle was legendary and had a positive and needed effect on the sense of national unity in Mexico.

Today in Mexico, the holiday is celebrated most vigorously in the state of Puebla, and less so throughout the rest of Mexico. In the United States, it has become a marketing extravaganza akin to St. Patrick's Day with Mexican restaurants putting up white tents in their parking lots and revelers doing numerous Tequila shots.

When you raise your Margarita or your Tequila this Cinco de Mayo, remember the Battle of Puebla--for it had effects beyond Mexico. Our Civil War was going on at the time, and the long term goal of the French was to help the Confederates defeat the Union. After the successful Battle of Puebla, and after our Civil War, the U.S. helped the Mexicans eventually drive out the French for good in 1867. This Yankee will remember that when he drinks Tequila this Cinco de Mayo.

Here are some Tequilas and drinks from south of the border to get you started. Salud!